Today I’d like to tell you about a little show that I am about 5 years late to the party on: Community. I don’t generally follow television as it airs (Netflix makes me happy in ways I didn’t think media ever could) but this show is totally worth it. Why? I’ll tell you why.

Respect develops between characters. There’s a Christian, a Jehovah’s Witness, a Muslim, an Atheist, an Agnostic, and a Lazer Lotus. That’s not the only difference, but it’s a big one and it comes up – and rather than exercising dominion or decrying one another as straight up idiots and leaving it there, we get to see parts of why they believe what they do, and watch honest-to-god (no pun intended) positive role modeling on building respectful friendships across differences.

Really good comedy. These actors are damn good. I heard Steve Martin in an interview once saying that the director of Waiting for Godot chose him because, as he put it, comedians know comedy so they have to know tragedy as well. These actors are good, and I trust them. It’s great to be able to watch and enjoy like that.

It passes the Bechdel test. Women straight up talk about feminism, the structure of feminine relationships (who can forget Britta’s blossoming into a ladies-room-buddy?) and the differences between legitimate cultural advocacy and social, performative advocacy. They talk about friendships, religion, goals, identity, and paintball. And they are awesome at it too. 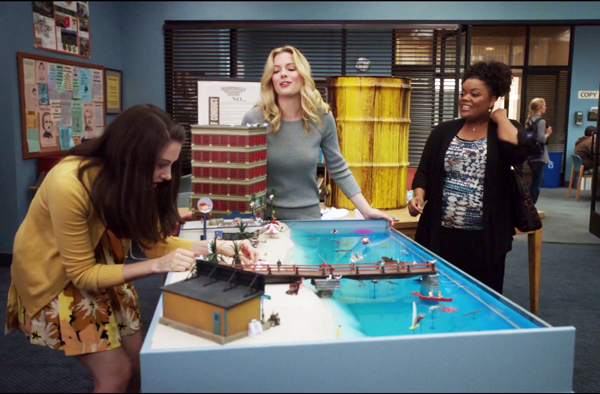 Diversity without being children’s programming in the 90’s about it. These aren’t just entities bopping around in slightly different packages with cultural-sounding names and beliefs that only surface for the Christmas specials. The study group has very real diversity that causes lasting conflicts and disagree-respectfully moments. There’s a married/separated mother of two, a 19 year-old over-achiever, a high school quarterback who’s an honest and responsible friend, a sleazy lawyer type who doesn’t know what he wants, an angry hipster-type who doesn’t know what she wants, a retired old lonely jerk and a guy with probable Aspergers. They aren’t the same toothpaste in sightly/comedically different tubes, they are as different as soda pop and potatoes when it comes to what’s on the inside. 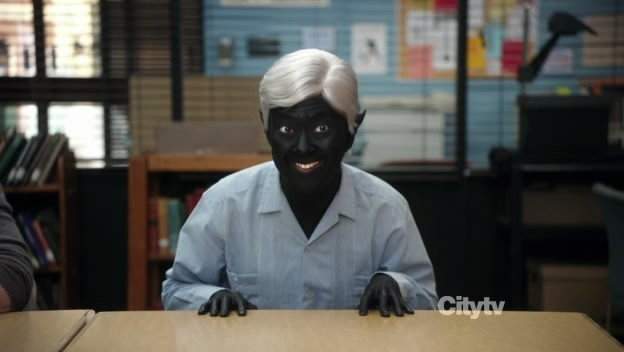 Conflicts/plots progress, rather than end back where they began. One of my favorite English teachers (shout-out to Ms. Thea Kreis, a terrifying woman who wore a plaid cape to class) used to say that the point of a story was to watch at least one of the characters truly change. Unfortunately, most sitcoms and a lot of serial dramas don’t allow for character growth – I guess it makes it easier to watch the episodes out of order. The end of an episode of Community means something between the characters has, in fact, changed. And yes, it comes up later, and can be worked into stories in the future. Because these characters are people, with memories, and they make decisions based on experiences.

They hate Glee as much as I do.

There are more reasons to be sure, but these jump out immediately. I can’t wait to see what Dan Harmon has in store for us!